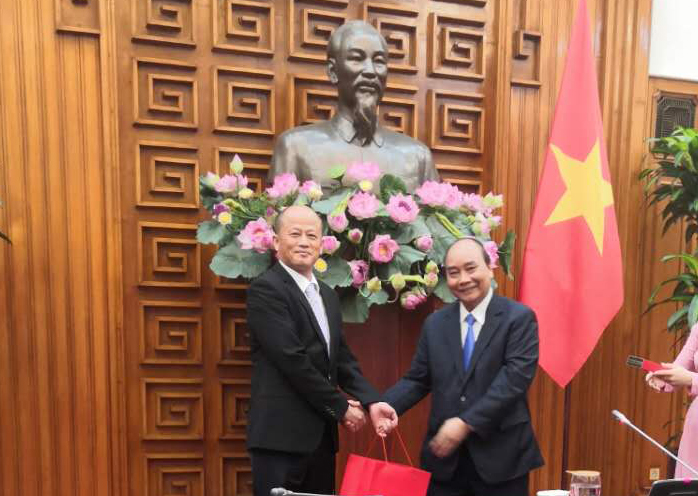 Mr. Nguyen pointed out that China and Vietnam are friendly neighbors only a stone’s throw away. In recent years, economic exchanges have continued to deepen, and enterprises from both the countries should garner opportunities and actively seek cooperation. Vietnam still is and will be an attractive spot for foreign investment for a while, and it welcomes companies from all countries to invest in Vietnam.

Understanding the entry and exit of foreign staff was halted due to the impact of COVID-19, Prime Minister Nguyen immediately requested key ministries and industries to help the enterprise, including opening air routes early and provisioning logistical services. The Prime Minister has stated that he is currently considering reopening flights between Hanoi, Ho Chi Minh City, and Guangzhou. The Vietnamese government will continue to provide more streamlined exit and entry procedures for experts, business managers, investors, and skilled workers from multiple countries.

Ultimately, Prime Minister Nguyen spoke highly of epidemic prevention and control measures implemented by foreign-invested enterprises in Vietnam and encouraged everyone to strengthen their resolve and dedication to win this war against the epidemic and come out the final victors.