On August 23, 220, the third stop of the D1GP continued at Ebisu's Minami south circuit. After making some overnight adjustments, the six drifters of the Sailun Drift Team had to take on the same track again.

Akinori Utsumi took the lead in Group A for Sailun Drift Team, scoring 95.3 points to beat his previous day's performance and set a new benchmark for the other drifters. In the second run, Utsumi drifted boldly, with the rear of his vehicle only a few centimeters from the wall at one point. This earned him repeated praise from the hosts and allowing him to top his best score with 96.3 points and advanced to the next round. 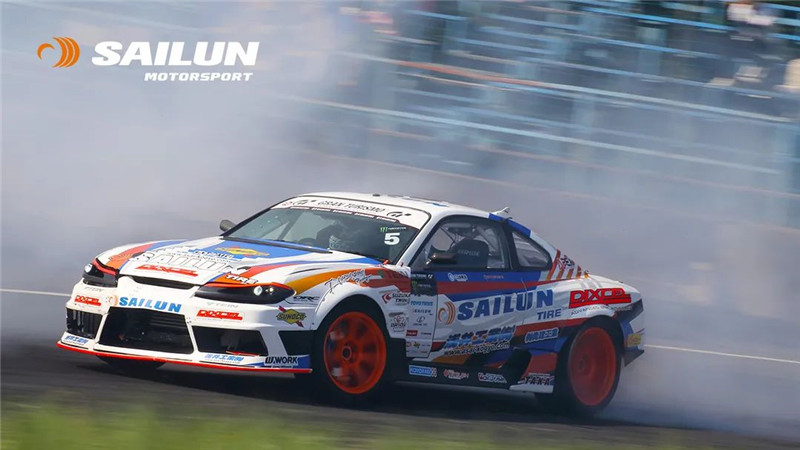 Akinori Utsumi in his Silvia S15

Shingo Hatanaka drifted in Group B. In the first run, his excellent speed earned him a score of 96.5 points. In the second run, Hatanaka held on to that score and smoothly advanced to the drift chase runs. 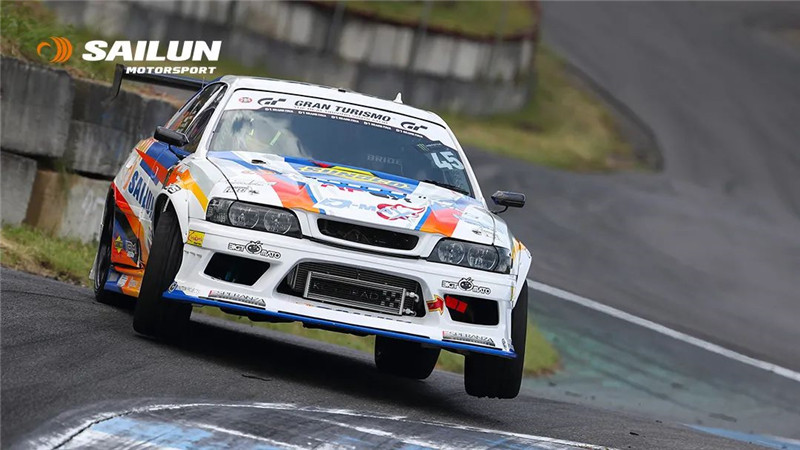 Previous solo-run champion Seimi Tanaka competed in Group C. In the first match, he maintained his excellent performance from the previous race. After the jump drift, he was able to stay in complete control and accelerate faster than his opponent. In the DOSS, in terms of maintenance of angle (not wavering), Tanaka scored with a continuously high G-force in five scoring categories, Tanaka ended with a score of 98.4, representing the strength of Sailun Tire at drifting events. 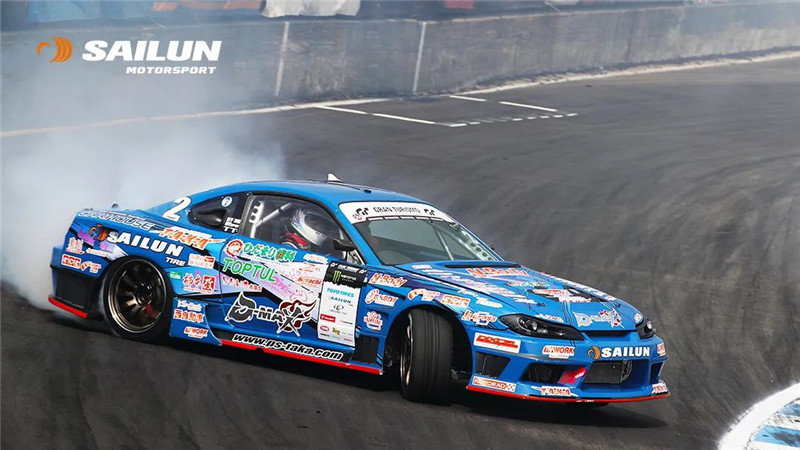 Seimi Tanaka in his Silvia S15

Tetsuya Hibino also performed consistently well in the first run. At the jump drift, he landed on the right, maintaining high speed with near perfect line control. His high score of 98.9 points helped push him through to the drift chase runs.

Tetsuya Hibino in his Silvia S14

Many drifters performed well in the first run. To protect their tires’ durability, they chose to sit out for the second run. Tetsuya Hibino, equipped with Sailun GENE-R PODIUM PD01, was not concerned at all. In the second run, he continued to move higher in the rankings, scoring 98.92 points and advancing ahead to third place in the solo runs.

Takahiro Ueno also advanced forward. With a new axle head, his performance improved, providing him with a solid performance and 97.1 points. 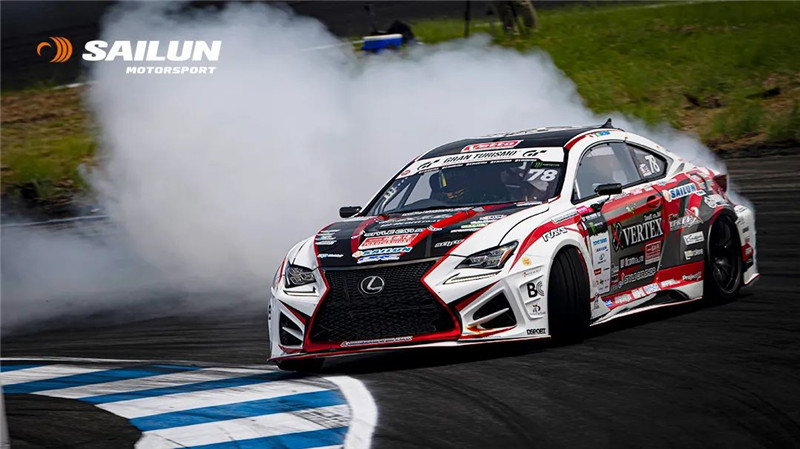 Following the first race at Ebisu, the drifters returned the next day to follow through with an even better performance. Five Sailun Tire drifters rallied together once again to advance to the elimination round while dominating the second-half of the top 16 in the drift chase runs.

To ensure that the vehicles in the front and back do not interfere with each other at the starting line, the track layout for the drift chase runs in this race is different, and the organizers adjusted the placement of the traffic cones. 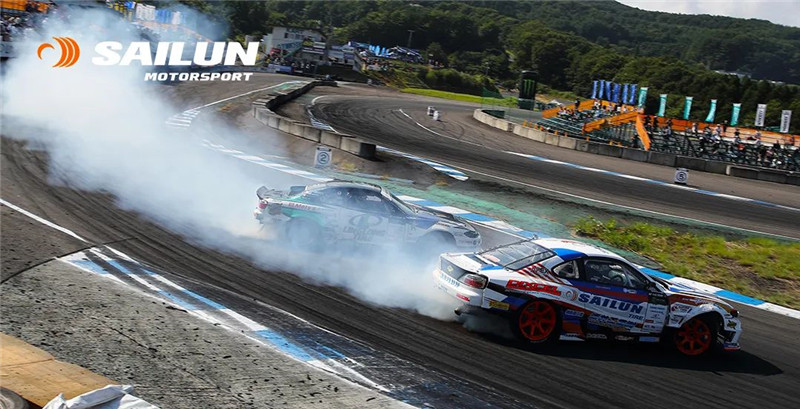 Showdown for top 16 at the tandem runs

Tanaka, who held a solid performance, competed against Kenji Kiguchi and advanced to the quarterfinals, with a six-point lead in the two rounds.

Tetsuya Hibino again faced off against Shingo Hatanaka. In the first match, Hibino took the lead scoring 97 points, beating his teammate by 2 points. In the second match, Hatanaka took the lead. Hibino's gearbox was damaged from the bumps of the jump drift, and the drive shaft broke directly, losing power and making it impossible to continue the race. Meanwhile, Hatanaka's vehicle also suffered a minor breakdown and was dragged off the field for repairs after barely finishing. At this point, Sailun Tire had two drivers advance to the quarterfinals.

For the next match, Hatanaka made timely repairs and advanced to the quarterfinals. 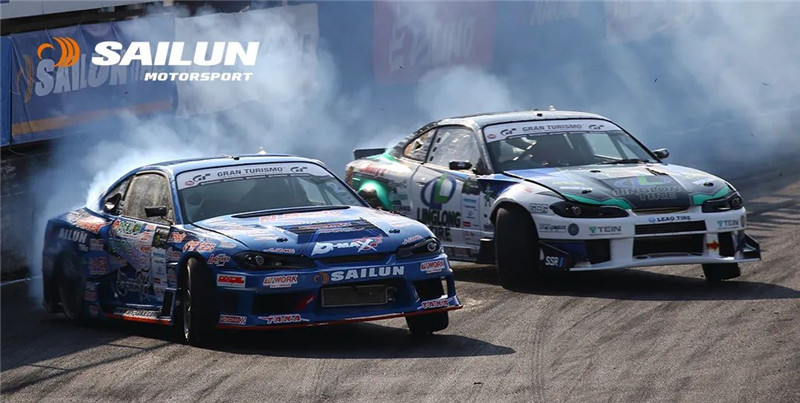 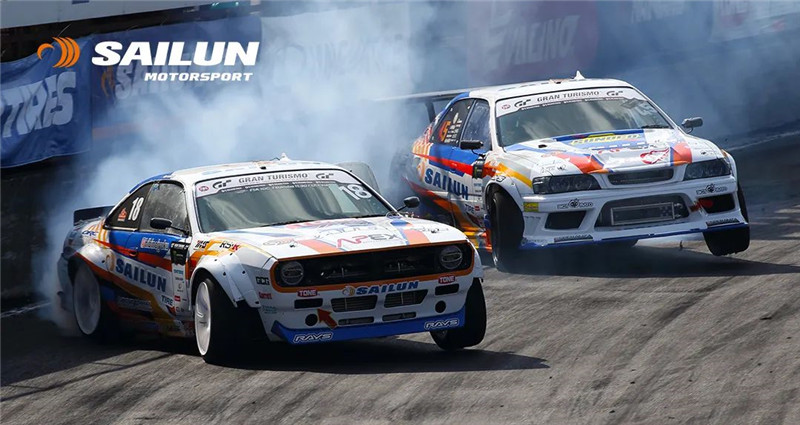 Drifting is a very challenging and dangerous team sport. The level of the drifters, vehicles, tires, and technicians are all important. When the drifter’s technical level closely matches the performance of the vehicle, the quality of the tires will become a key factor in seizing the championship. As D1GP continues, Sailun Tire will continue to optimize tire performance according to the drifter's driving habits, vehicle specs, tactics, and other factors to help drifters perform better.

Ebisu's Minami (South Circuit) concluded with the sweat of the drifters and the cheers of the audience. Next up will be the fourth and fifth races held at Autopolis.  Stay tuned for more and make sure to check out the D1GP's live broadcast of this season!