Sailun Tire Drift Team went all out and dominated the first round of the 2020 CDB city race on Sept. 8, 2020. The team,comprised of top drifters Xia Changhao, Li Ke, Tong Ling, and Jin Yi, won both first and second in the Pro category of the event while Jiang Hanwen won the solo and drift chase events in the Pro-AM group. This marked a perfect start for the Sailun Tire Drift Team during the reopening of drift racing in China following the COVID-19 pandemic.

For the race, the committee set up five point tally zones in the race circuit where judges would deduct points whenever they see a car drive out of these zones. The Beijing Goldenport Park Circuit difficulty level is moderate with the most challenging sections of the circuit in S3 and S4 that require consecutive turns. 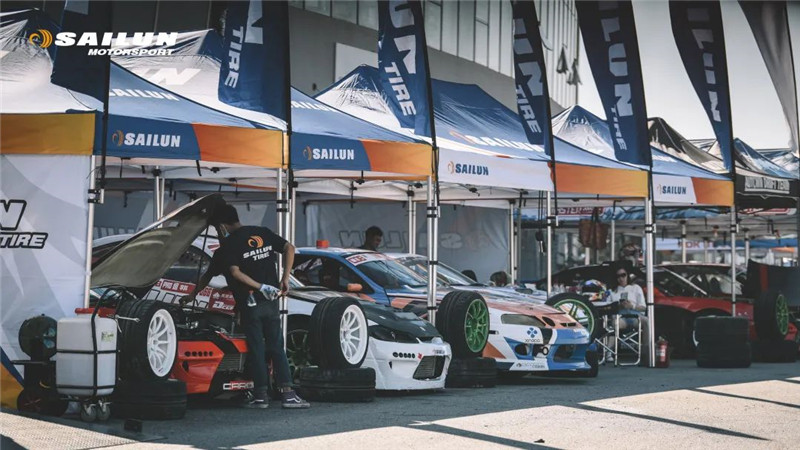 The drift chase pairing order was based on each drifter’s solo race performance from the first day. Xia Changlun, solo champion in the professional category made his way straight into the quarterfinals. Li Ke was the first drifter from the Sailun Tire Drift Team to compete in the drift chase event against opponent drifter Han Jiahao. During the competition, veteran drifter Li Ke’s proficient driving skills allowed him to outshine Han Jiahao in both the chase and lead races, also securing him a spot in the quarterfinals. 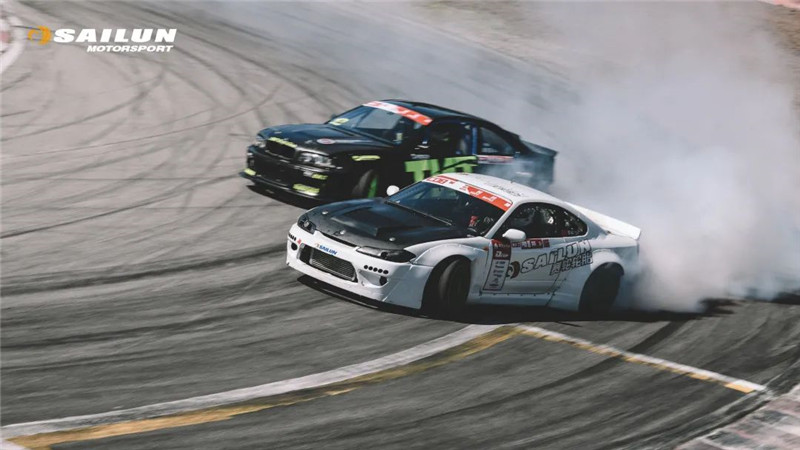 Li Ke (front) and Han Jiahao (back) during the tandem race quarterfinals at 2020 CDB.

Fellow team member Tong Ling beat out his opponent Li Fu and advanced to the next round. Tong Ling displayed his agility and the capabilities of his Nissan Silvia S15 which had significant advantages over his opponent’s, resulting in smooth drifts that helped him win by a large margin. 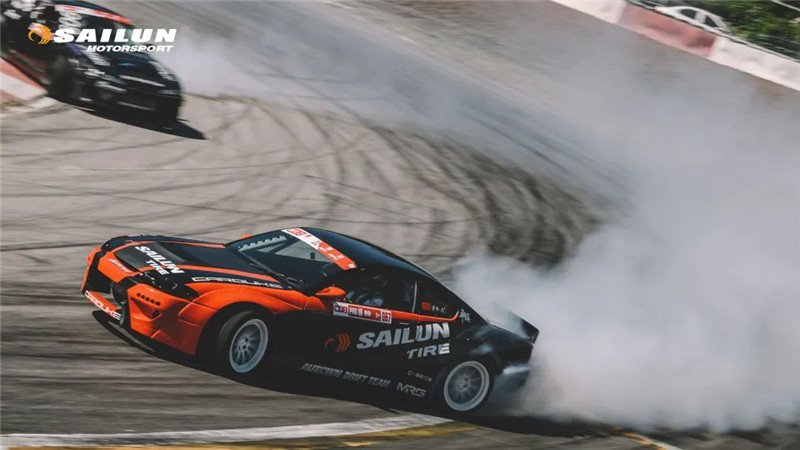 In the quarterfinals, Xia Changhao raced against Beijing drifter Gao Shanpow who was equal in skill. After tying in both rounds, the two drifters entered “One More Time” (OMT). During the second chase, Xia Changhao showed why he was nicknamed “King of Speed” and leveled out the 300 horsepower difference to catch up with and match Gao Shanpo’s movements. 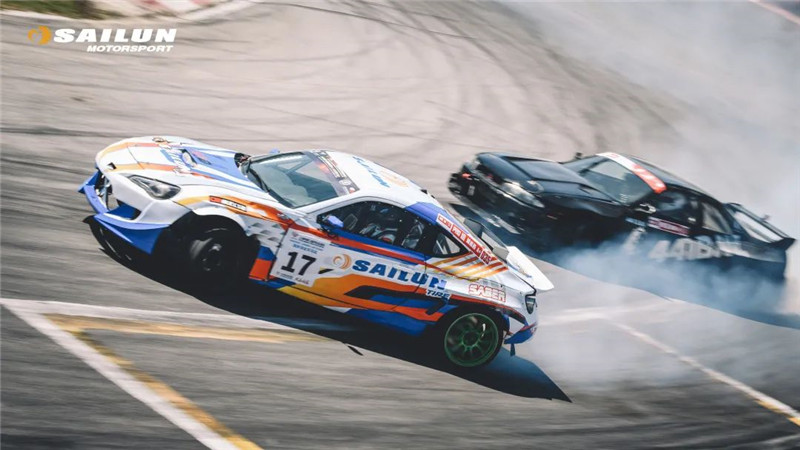 Xia Changhao (front) and Gao Shanpo (back) during the quarterfinals of the drift chase race at CDB 2020.

In the meantime, Sailun Tire Drift Team member Li Ke raced against Yang Junxi in the drift chase semi-finals. Li Ke was the lead during the first round. With the aid of Sailun Gene R tires’ strong grip and the vehicle’s strong horsepower, Li Ke left his opponent in the dust. Although his car slightly spun off the track in the S3 point zone, he nevertheless won the round with a massive lead.

Tong Ling from Sailun Tire Drift Team was the last to compete against Yao Jun in the drift chase semi-finals, which ended with Yao Jun forfeiting the game. Unaccustomed to a team member’s car, Yao Jun accidentally broke the gear shift before the race and had to drop out of the competition. 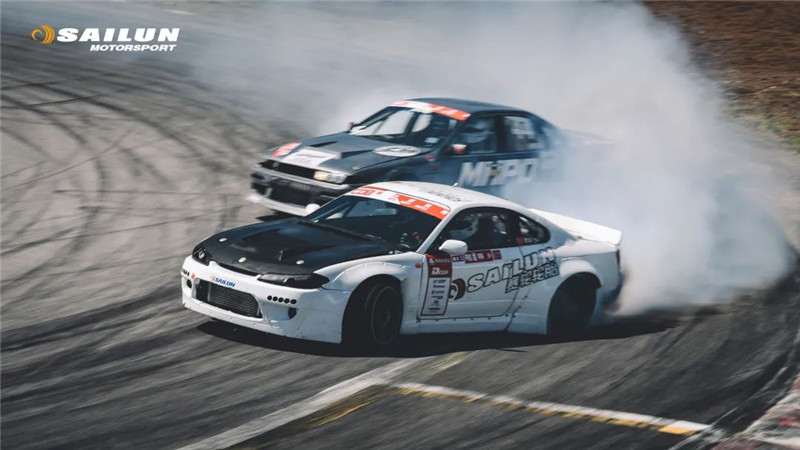 Li Ke (front) and Yang Junxi (back) during the drift chase semi-finals at CDB 2020.

At this time, two Sailun Tire Drift Team members had qualified in the semi-finals of the tandem race in the Pro category.

In the semi-finals, Tong Ling and Ye Zhicheng delivered an exciting performance that awed the crowd. Both drifters were aggressive, neck and neck performance during their drift chase round, resulting in judges requesting OMT twice. In the OMT round, Tong Ling had a slow start but Ye Zhicheng’s vehicle lost power during the later part of the race and could not complete the required drift in the S5 point zone resulting in a deduction of 20 points. In the second round, it was easier for the Sailun Tire Drift team to form its offense and defense strategy. Eager to make up for lost points from the first OMT round, Ye Zhicheng improved his drift angle, smoothness, and speed, which placed Tong Ling under immense pressure. However, judges still ruled Tong Ling as the winner in the end based on their performances from both rounds. 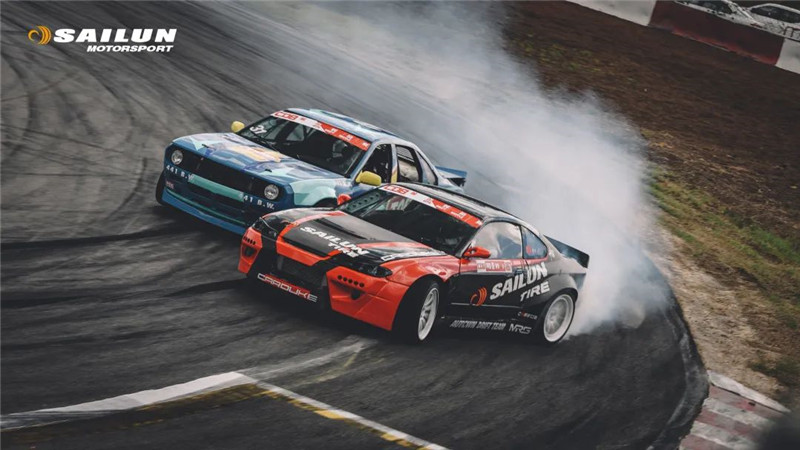 Tong Ling (front) and Ye Zhicheng (back) during semi-finals of the drift chase.

In another pairing competition, Li Ke’s superb drift control and Sailun Gene R tires’ excellent grip helped him open up distance from opponent Gao Shanpo’s 1,000 horsepower Nissan Skyline GTR-R33. In comparison, the slightly rash Gao Shanpo made a huge error during the middle of the second run causing him to crash into Li Ke’s rear and disrupted the car’s digital chassis system. This caused Li Ke’s car steering system to freeze and completely messing up his drifting angle. At the end of the second round, Sailun Drift Team technicians were able to adjust and realign the wheel positions to return the race car to its normal status. With a huge score advantage, Li Ke won this round and entered the finals. 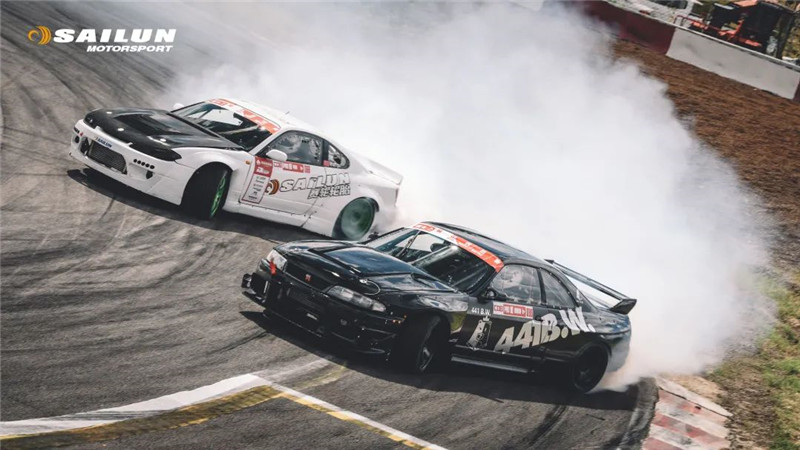 Li Ke (back) and Gao Shanpo (front) during the drift chase finals.

In the drift chase finals, Sailun Tire Drift Team members competed against each other for the final prize.

Tong Ling was the lead in the first round of the drift chase finals and Li Ke was the chaser. When the two drifters entered the S2 point zone, Li Ke’s steering machine malfunctioned and drove his vehicle into the deacceleration zone. After a simple fix, Li Ke returned for the second round of the tandem race, but it became apparent the car’s issue could not be addressed in such a short time. During the second half of the race, Le Ke’s car lost power and could no longer compete. 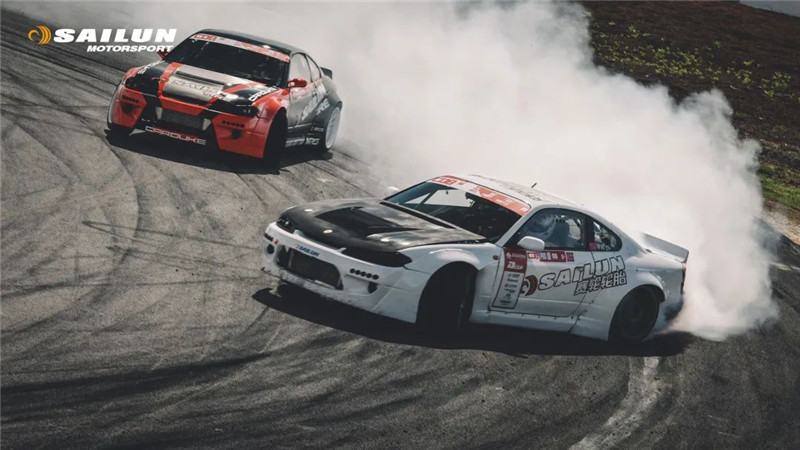 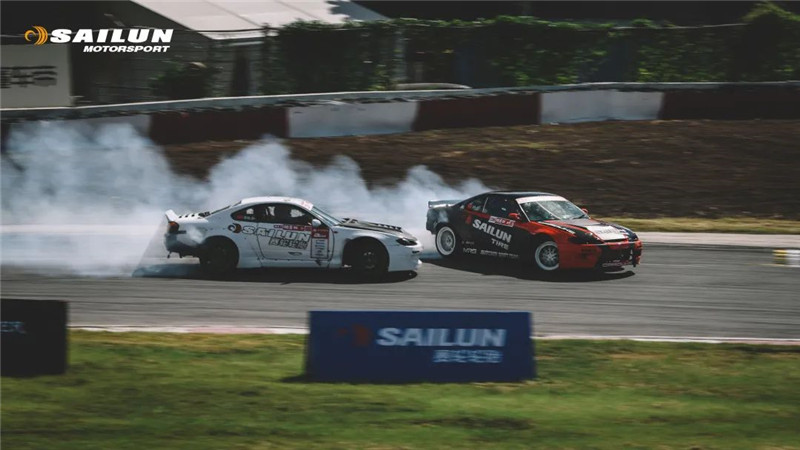 Li Ke and Tong Ling competing for the championship in the drift chase finals. 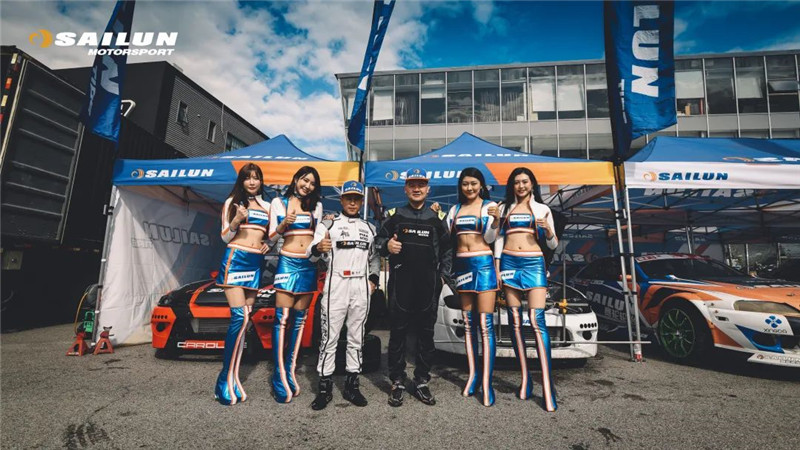 In an interview after the race, Tong Ling was humble and said he was lucky. He also attributed the key to his success to the new generation Sailun Gene R professional sports tires excellent grip performance.

The solo races took place shortly after a period of repairs and adjustments. Jin Yi from Sailun Tire Drift Team clinched second place in the solo race with 77.5 points, and other drifters also delivered strong performances. 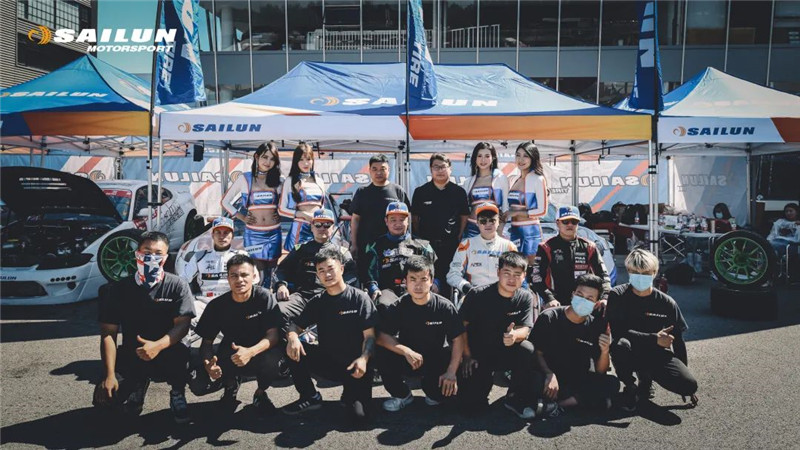 Many thanks to the Sailun Tire Drift Team staff 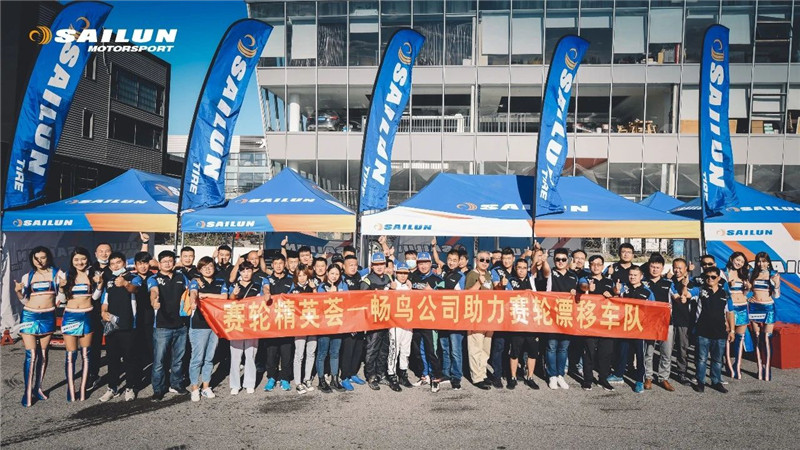 Many thanks to Sailun distributors from Hebei and Tianjin, who cheered Sailun Tire Drift Team on during the race.