Sinotruk Group rolled out its all-new “Yellow River” heavy duty truck at its launch ceremony on September 16 at the Jinan Olympic Sports Center in Shandong province. The new generation of high-end heavy-duty trucks opens a new chapter for Sinotruk with its slogan, “Drive Yellow River truck and Steer into the Future”. This was not the only debut, with Sailun Tire also accompanying the launch with the debut of its newest S690 truck tire specifically developed for the “Yellow River” product series.

The new “Yellow River” heavy trucks are targeted at the high-end logistics and tractor market. The truck body's exterior adopts a metallic silver color while the design of its front part is inspired by the tiger to showcase its broad size. The logo represents the two Chinese characters of “Yellow River” written by former Chinese vice-president Zhu De during his visit to Jinan in 1966. The truck's bullet shape matches with its low-drag trailer to reach a drag coefficient (cd) of 0.37, 30 percent lower than other commercial heavy trucks in the global market - an industry-leading standard at home and abroad. The heavy truck can save 50,000 to 60,000 CNY every year by reducing fuel consumption by 10 percent, with an annual mileage of 300,000km based on an average speed of 85km/hr.

Experts from Sinotruk's research center have visited Sailun multiple times and conducted technical exchanges with the National Engineering Research Center for Rubber and Tire to meet its target of manufacturing the new generation of “Yellow River” heavy duty trucks with low fuel consumption and high mileage. The “Yellow River” heavy trucks are fitted with the S690 line of high-end 12R22.5 and 295/80R22.5 tires with A-grade ultra-low rolling resistance. 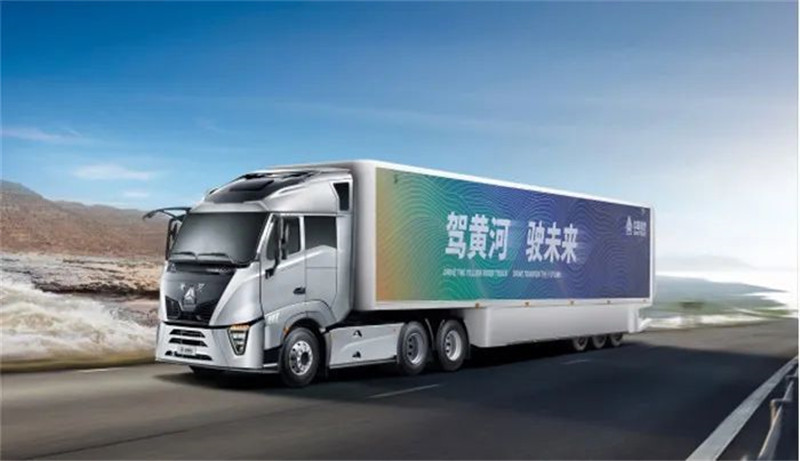 Sinotruk and Sailun have high expectations for this new cooperation. Both are looking forward to finding new, other cost-effective opportunities outside of their Yellow River series partnership through Sailun’s new materials and technology applications R&D.